I have failed. Earlier this spring when I rejoined the world of the working I pledged to continue the blog I started over a year ago but with, naturally, a less demanding post frequency. But even my plan to produce one per month seems to have slipped by for the month of September.

I have excuses around a few packed social weeks, but I suppose ultimately it comes down to a matter of priorities. I’ve been working on my projects but not at the required pace. There are a couple of ways to look at this. I could view it as I described above: failure. I have goals I want to keep to and I didn’t put in enough effort after realising my initial estimates were off.

Or I could view it as a minor hindrance. Things didn’t go quite as I’d hoped but it’s no real disaster, the posts and my projects will be released a little later than initially hoped but I’d rather that than miss out on weddings, visits from friends and The Fringe.

Setbacks like these occur for everyone though, it’s how you consider them that’s important. All the time on Hacker News I see two types of comments.

I’m exaggerating for effect but I hope the point is clear. We can be our own worst enemies by putting ourselves down and making unfair comparisons that really don’t hold water. All these amazing hacker entrepreneurs tell us the same thing time and time again, yes, luck plays a part but it’s no big secret or exclusive club – work hard, work often and people will respond to your efforts. Perhaps it’s time to listen.

But more than just that, it’s also time to realise when you’re making an unfair comparison. I do it all the time, for example:

At my last job, there was a software developer, @Sam, who not only was a great coder but also knew the financial market risk domain we worked in backwards. Any problem you had, he made it his problem too which probably counted in no small part as to why he knew so much.

When I’ve had server problems I tend to hassle my friend @Jon. From my days working with him on ticker plant software for real-time servers he’s always been on the ball with setting up and maintaining network resources.

Then there’s my friend and former flatmate @Tony who’s a true entrepreneurial hacker and creator of one of the most popular travel iPhone and iPad apps ever, My Vacation. He knows exactly what to focus on and has the ability to master what’s needed, work with others and deliver.

And finally as someone who dabbles in music I’ve been the singer and guitarist in a couple of bands and I’ve also recorded my own album. But I’m a self taught musician and it’s just a hobby to which I don’t devote much time i.e. I suck. In my last band (purveyors of awesome, cheesy rock covers) I was the rhythm guitarist trying to keep up with the multi-instrument playing, multi-banded, talented @Jonathan. Not only was he a great guitarist but he was patient with my limited abilities. 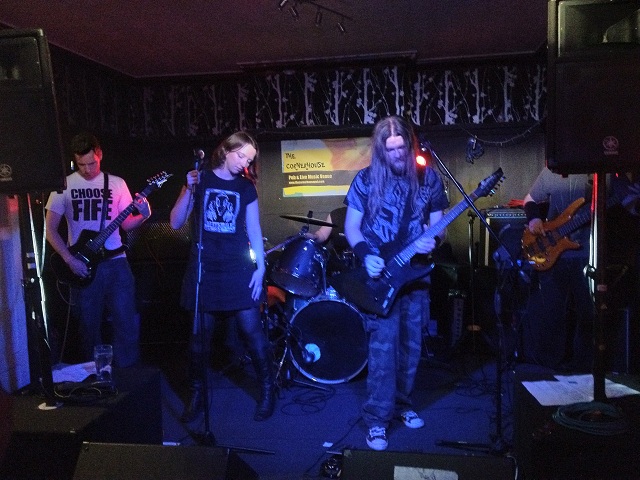 For each of the above five comparisons whether financial engineering, systems, producing software, or playing the guitar, I easily come up second best. But that’s because I’m picking a specific skill set I’m interested in and thinking about the best person I know in that category.

Giving yourself a good target to compete against is definitely the way to improve. In doing so, however, always realise the kind of comparisons you’re making and how they’re unfair ones. We always want to be better than we currently are but never forget to recognise and celebrate the skills you already have and don’t be too hard on yourself when things take longer than you thought they would – it’s not necessarily failure.